Barking Dog Collar: Can My Dog Still Bark in an Emergency?

Yes, your dog can still bark when it is appropriate. Our bark collars for dogs and other barking dog training products are designed to only distract the dog from barking. A dog will still be able to bark when it needs to. We only want to reduce the dog barking to when it is necessary. 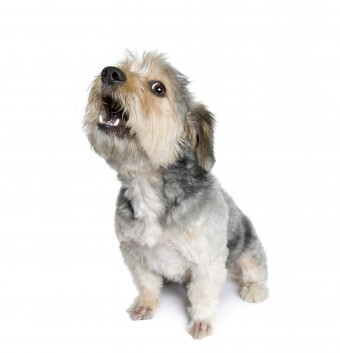 If the dog is alarmed by something that is outside ‘normal neighbourhood activity’, the correction system (Static Bark Collar, Citronella Bark collar or the Ultrasonic Outdoor Bark House) will activate as it should. The difference is that in an emergency situation the dog will be in a 'heightened state' (something like an adrenalin rush) and is likely to not pay attention to the correction or irritant and still be able to do its job as a guard dog.

This also has the effect that if your neighbours know that your dog does not usually bark unless it is a real emergency, they will be alerted by the dog.

We are only trying to create an irritant that is just above the dog's comfort level so they do not bark in everyday activity but will bark if there is an emergency.

Excessive dog barking at people walking down the street or birds in the trees can get to the point where it is classified as ‘nuisance dog barking’. The line is a bit blurry as each person hears a barking dog with different ears just like fingernails down a blackboard. Some people are affected more than others.

We don’t want to take away the dogs barking altogether so the stimulation is at a level where it is just enough to make a dog think twice about barking if it is not really necessary.

Our Barking Dog Static Collars are also designed to have a delay feature so they will not go off at every bark and will allow a few dog barks before being ready to activate at the next level. A Bark Control Systems should have a safety cut-out feature if they do hit a certain number of activations in a short period of time.

For more information, check out our Barking Dog Collars catalogue.